What Is Aphasia: Symptoms, Causes and Treatments

When you talk to your doctor after your loved one has a stroke or head injury, they may suspect aphasia to be one of the crucial effects of the incident.

The first thing you may ask is: what is aphasia? In this article, we’ll cover the basics of the disorder and what you can do towards recovery.

Aphasia is a neurological disorder that can affect writing, reading and speaking skills. Usually it affects the left side of the brain, which handles someone’s language ability and comprehension. Despite how it appears at first, aphasia doesn’t affect your loved one’s intelligence and functions cognitively as a normal brain.

Typical conversations require two parts, speech and language. Aphasia is a language disorder, where brain injuries or changes block the access to the language function of someone’s brain. Without it, someone can produce sounds, but have little or no idea on what they should say.

Strokes are the most common cause for Aphasia. According to the National Aphasia Association, roughly 25 to 40 percent of people who suffer from a stroke will develop aphasia.

However, it is not limited to stroke patients. Any injury that results in brain damage may lead to impairments to someone’s language function. This includes a possible brain tumor, traumatic brain injury or brain infection.

People with aphasia may demonstrate one of the following speaking behaviors:

Aphasia can be frustrating and stressful to both the person that has it, as it affects their social life and careers. Despite this difficulty, human interaction with speech therapy is the best and most significant combination that will help.

Has your loved one recently experienced a stroke?

Help them reconnect with you and the world soon. Talk to us today with no commitments.

There are different types of Aphasia, so helping your loved one may vary from others. The most common types of aphasia include:

This form of aphasia is often characterized as the ‘nonfluent aphasia’ as they often make effortful speech. People with Broca’s aphasia may be able to read, write and understand speech from others. Common behaviors of this type are:

For people with Wernicke’s aphasia, reading and writing are more affected than speech skills, giving it the name ‘fluent aphasia’. Speech may still have some anomalies and they may not know that they are saying something strange at times. Common symptoms include:

Anomic aphasia is a language impairment that makes someone unable to use accurate words to express what they mean to say. While their sentences are in good form, they may use vague expressions or express thoughts in a roundabout manner instead of direct. Symptoms of aphasia in this type are:

This is often seen as severe aphasia, and usually means that both producing language and receiving it is impaired. Cognitive and intellectual abilities are often intact, but it depends on the severity of brain damage. They may exhibit: 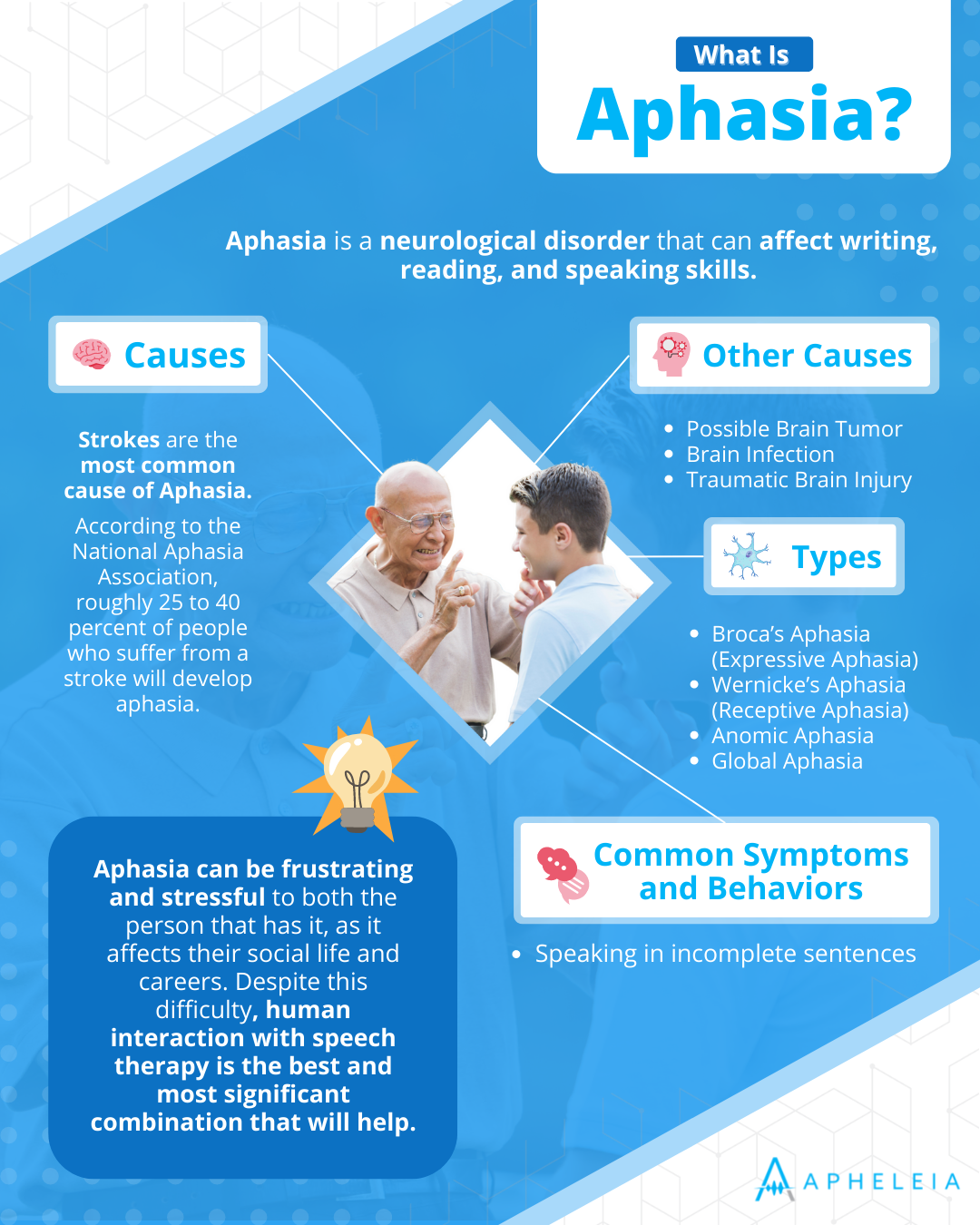 How Speech Therapy Can Help

Speech-language therapy is often the recommended step for treatment of aphasia. While it can sometimes improve on its own, the potential restoration will be better with hours invested in evidence-based and research therapy.

Your loved one’s speech pathologist will first assess their speech and language skills. Treatments will depend on the severity and circumstances of aphasia, but mainly they will help by:

Speech therapists often begin with the pronunciation of basic word sounds. They also teach how to use non-verbal communication as an alternative.

You can get in touch with a speech pathologist from the hospital, or get a recommendation from your doctor. You can also contact and choose an SLP at a private practice. Many speech-language pathologists are available via online therapy as well, like Apheleia Speech.

It’s important to remember that a combination of effective speech therapy and persistent practice works best. There are many ways that you can help your loved one achieve better communication and quality of life at home.

If you’re interested in learning more about how you can reconnect with your loved one, why not start with a free consultation? We at Apheleia Speech can help you get started with no contracts or commitments.

How Visual Supports Help With Autism

What is Speech Therapy for Adults? 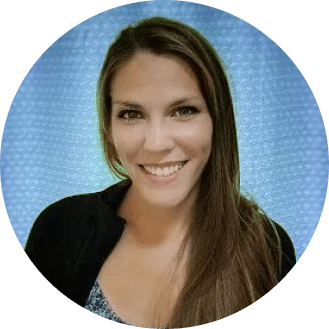 Get Started and See How it All Works

Have any questions? Get your answers and find out if we're a good fit.